The seasons are changing for my parents. They are at the time in their life that they have decided to sell their home and live half the year in Florida and half the year at the our cottage on the lake.

Whenever someone has a big life transition especially selling a home it can be really stressful.

The amount of stuff that one accumulates within their time at that home is astounding! This will be the second home my parents have sold. About 10 years ago they sold the home they built and that my sister and I grew up in, to downsize and be closer to the cottage on the lake.

So for them it’s the second time to purge and downsize. And for this I am so THANKFUL. 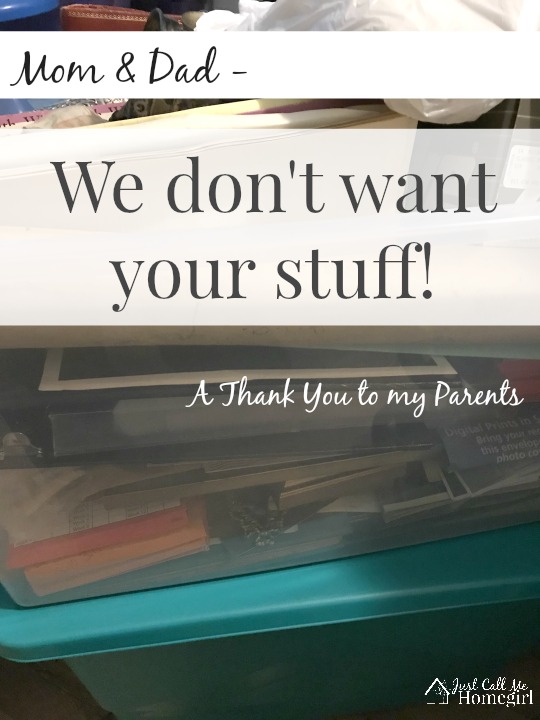 Years ago when I was a Professional Organizer I had seen it all. Many of the older generations holding onto their “stuff” just to hold on to it because it was theirs. It wasn’t giving them joy, in fact most of the items were stuffed in a box, put away for the day “the kids can get it when I die.”

Well, I hate to break it to you but many of us in my generation and younger generation, We don’t want your stuff!

The good china? We don’t want it and will never use it.

The huge amount of books just sitting on your shelves? We don’t want them either. 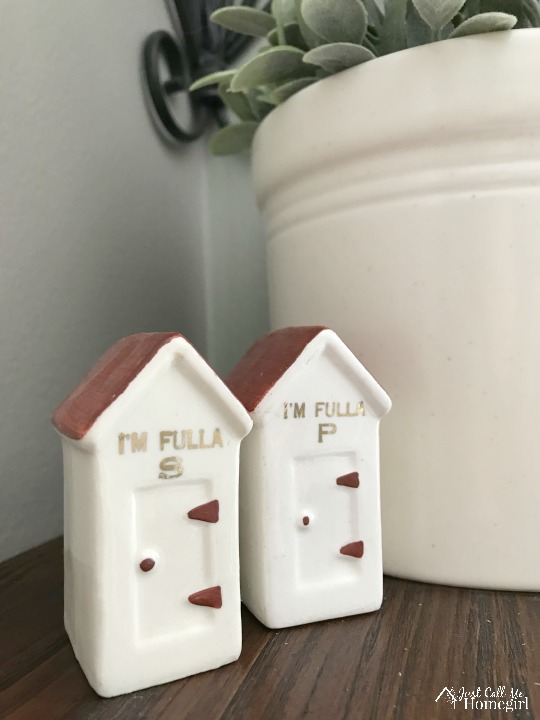 My Grandmother used to collect salt and pepper shakers. These were some favorites.

While visiting my parents over the holidays this past year, we started going through those totes and boxes that they had stored away of my Grandparents and Great Grandparents stuff.

Doing this together now, instead of when they are gone, I got to learn a little about each item. Who it belonged to, how was it used, how old was it. I also found a lot of items that were displayed in my home growing up that I had memories of seeing or playing with.

I took what I wanted and my parents either donated, sold or got rid of the rest. 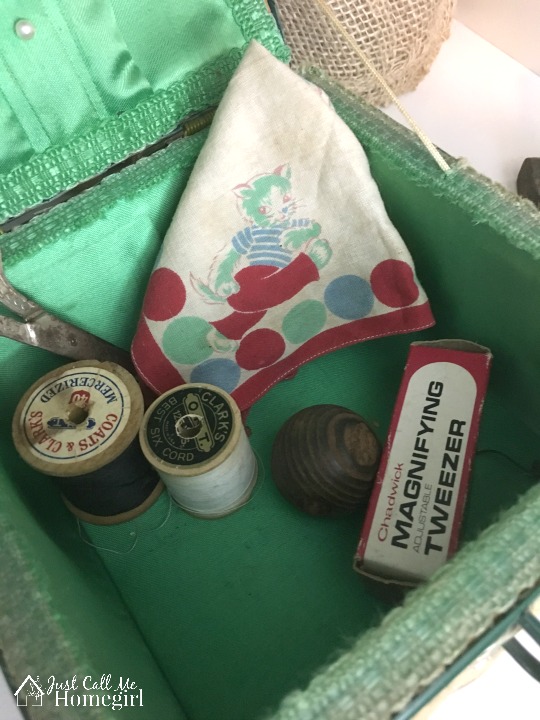 My Mom’s first sewing kit, it will be given to my daughter when she learns to sew.

Guess what, now my parents when they visit my home, they can see the items actually being displayed, being used and cherished instead of packed away.

Plus, with the items they have sold they can use that money to continue on their season of life of traveling and crossing things off their bucket list. 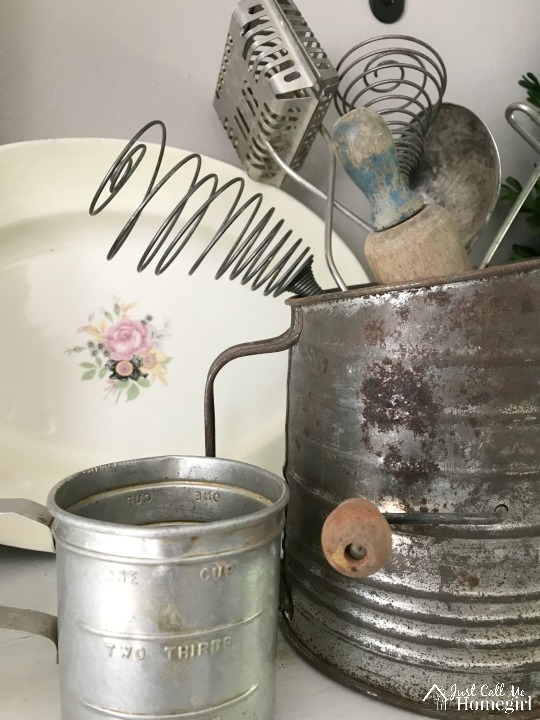 So Moms and Dads and Grandparents and Great Grandparents, now is the time to start unpacking those boxes of “stuff” and tell your kids about them, tell them your memories. If you’d like to pass it on ASK them if they want it. If they don’t want it, it’s okay. It’s just stuff. The emotional connection is not in the stuff, it’s in the memory. And that is something that won’t be forgotten.