(This post has been generously sponsored by Legacy Box . All views and opinions are my own. Read my full disclosure.)

You might have heard me say it before but I’ll say it again, my parents are amazing. They always have been, growing up and even now to us and to their grandkids.

If you remember for Mother’s Day I wanted to say a big special thank you to my Mom so I helped her cross something off on her bucket list. You can read about it here.

So, I wanted to do something extra special for my Dad as well. I contacted Legacy Box and they were willing to help me give him an awesome and special gift.

Legacy Box takes your home movies and pictures on VHS, 8mm and other media and transfers it onto a DVD and/or flash drive. I was so excited! 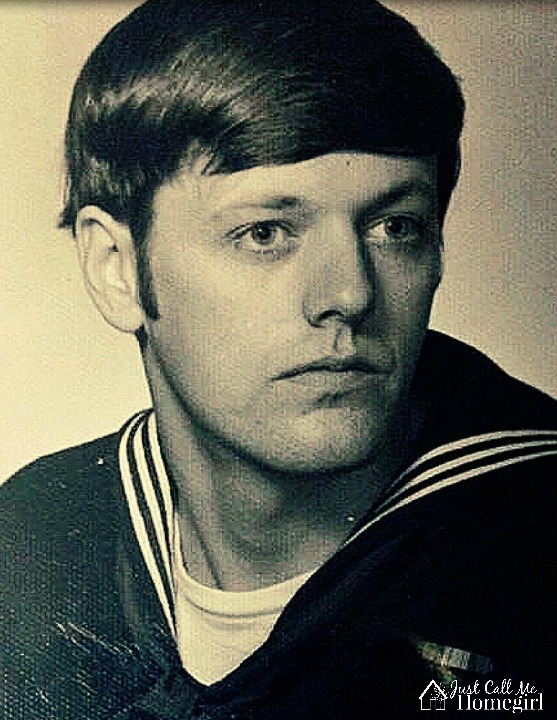 When my dad was younger he was in the NAVY. I remember when we were growing up, every so often we would break out the huge screen and projector and watch his reels of movies from when he was on the ship, when he was home on leave, and  docked at different countries around the world.

From his NAVY days he had about 18 reels of footage and we probably haven’t watched it in 20 years.

I had my Mom gather the reels and bring them down with her when she came to visit in April.

Legacy Box had sent me my special box to put the reels in along with my unique barcodes to place on each item to keep track so nothing gets lost. 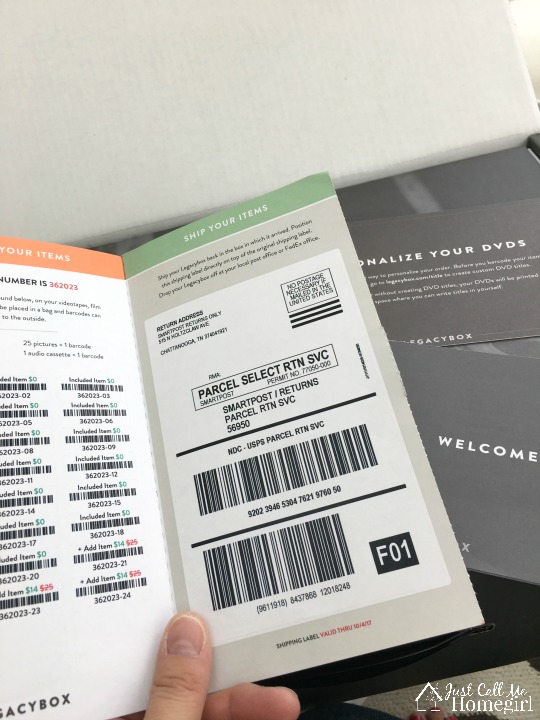 I placed my reels in the box and sent it back.

Each step of the way Legacy Box emailed me to tell me where the reels were in the process. Received, sorted, cleaned, production etc.

After a few weeks I received them back and just in time! This past weekend my parents were visiting again to celebrate my daughter’s first birthday and I couldn’t wait to give my Dad his gift in person. 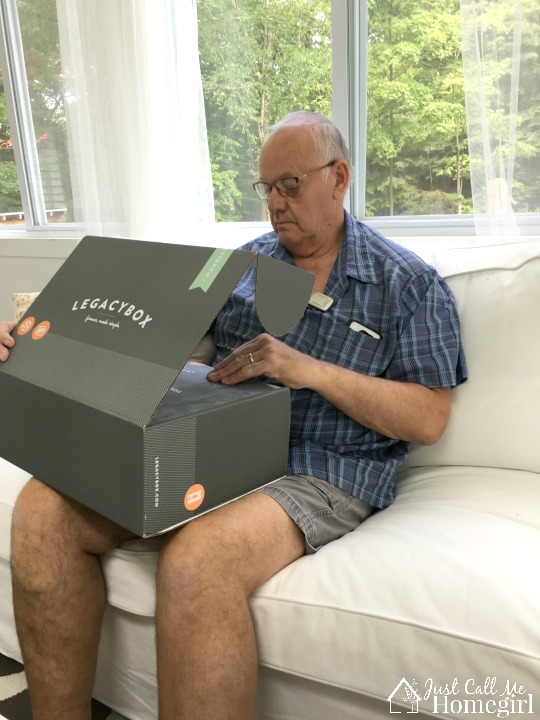 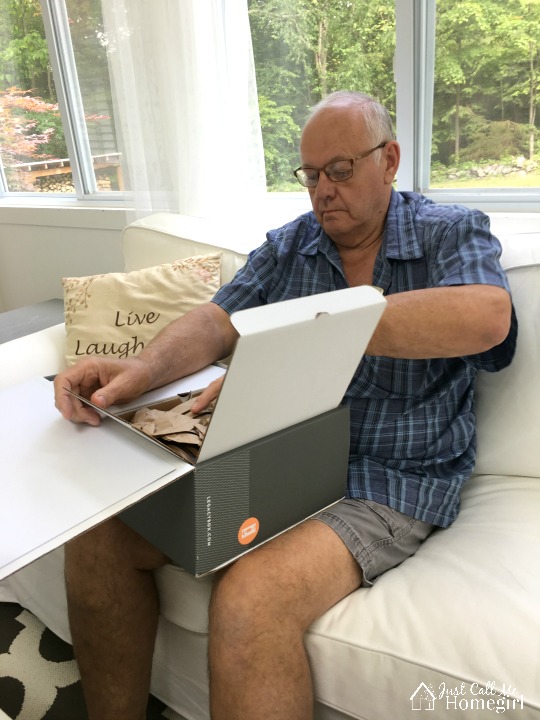 At first he didn’t really know what he was opening!

When he saw the old reels he was a little confused but I told him what it was and he was so excited! 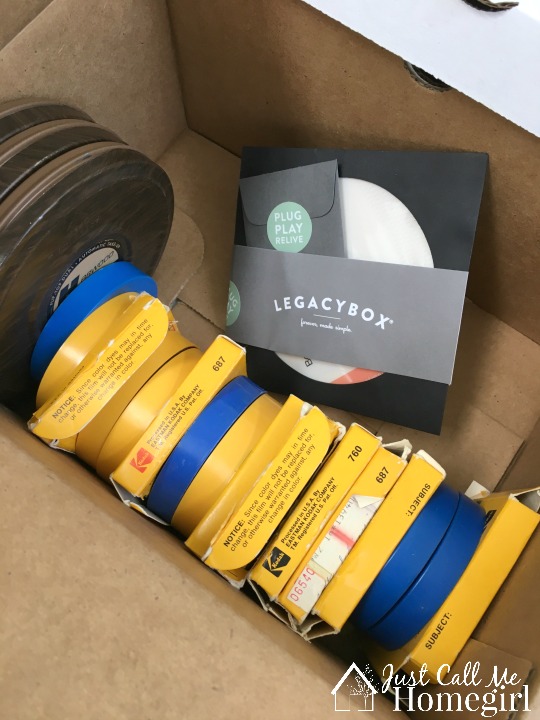 Of course the first time we watched the films we were so into them I didn’t take any photos. But I can tell you I did see my Dad get a little emotional a few times and that made it all worth it!

The movies were so clear. I couldn’t believe the quality! I don’t think they were even that clear when we watched it on the projector. So however Legacy Box cleaned them, they did an amazing job!

I’m so happy I could give this gift to my dad, and also that my kids can now watch these tapes of Grandpa when he was young, and with hair.

My Mom did send me this picture the other day of my Dad watching the videos again at home, which makes me happy…Happy Father’s Day!