Back on my 39th Birthday in February I wrote a post telling you about how I wanted to live out my last year in my 30’s. Well now it’s time for accountably and tell you what I have been doing differently…plus giving you an opportunity ride along with me.

In my post I wrote about how I wanted to actually do things that I want to do, but would probably stop myself because of the things I tell myself..like, I need to lose weight first, I don’t have the time, who will watch the kids, or even just I won’t be picked so why try.

Well I am happy to report that I have done a few things that I probably wouldn’t have done if it wasn’t for me being intentional and not letting circumstances or getting in my head sway me from not trying!

Some of the things I have gone for…

Now as you can see I haven’t had much luck in many of the things I am trying but I’m still DOING them!

I saw a woman on the Today show earlier this year, she was talking about how last year it was her goal to be rejected 100 times. She was a comedian and went out for jobs and gigs and other items in her life looking to get rejected. But the thing was, it was forcing her to go after them. Yes, she got rejected, but she also landed jobs that she would have never tried out for in the first place.

That’s my point. It’s the old saying, “You make zero of the shots you don’t take.”

But I did want to tell you one thing that I have done and I can honestly say I have been successful at it, loved it, and feel really motivated. Which I want for you as well.

I wasn’t planning to, I was trying to lose weight myself since January, but nothing was working. I usually blamed it on my double edge sword of having Hypothyroidism as well as PCOS. But basically it was what I was eating, or not eating.

My Mom texted me on a Friday that she joined WW. That Sunday something clicked and I joined as well. I’m not going to meetings or doing public weigh-ins etc. I’m not that person. I simply joined the digital package, downloaded the app and here I am, exactly 3 months later and I am down 20.6 lbs!

I am really proud of myself and I think when you want to lose weight there is a time when you know it’s time. Something is there and it becomes the one thing you actually want.

I am firm believer of this program. I am no stranger to WW, but the last time I did it was around 12 years ago. I never had a ton of weight to lose before when I did it a few times in my life, always around 10-15 lbs but this time I had two “baby weights” that have not left my body yet…so my goal is 34-36 lbs lost.

But what I wanted to share with you is I want to inspire you to do the same. I probably wouldn’t have joined if my Mom hadn’t and it’s been fun and encouraging to have someone talk to about food, your loses, or even if you just had a bad day. Plus we do a little money incentive with each other as well.

I have created a group in Facebook called Healthy Habits with WW. I want us to encourage each other, bounce around ideas, recipes, wins and even when we are having a bad day. I want us to get healthy together.

I really do love the WW program because you’re not limited in what you can eat. I have never done a diet that restricts you. Low carb, Keto, Atkins etc. I just know it’s not sustainable for me. I want to eat the food I will eat for the rest of my life but in a healthy and controlled manner. WW allows you to do that.

So here we go. Are you ready make a change and get healthy?

You can join WW here with my affiliate link: WW Programs.
I use the Digital only. For me it’s perfect. I can weigh in at home, I have access to a coach in the app for live chat if I have a question plus thousands of other people currently on WW you can interact with on the App.

Join my group here and lets encourage each other to get healthy! 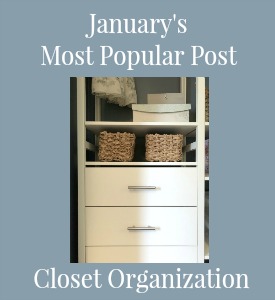